Let’s talk in this article about how you can build a metaverse campaign for your brand, but first, let’s put on the table some basic concepts.

The metaverse is a buzzword that many people have heard of in the last years, especially when Mark Zuckerberg announced to change of the name of his famous company, Facebook, to Meta in 2021. But actually, the metaverse is an idea that was sketched out in a novel titled Snow Crash (1992), by Neal Stephenson. It seems that the metaverse has come to stay (and not for a short time) in our everyday life, since a bunch of companies have rushed into that platform in order to take as much advantage as possible, not in vain they say that those who get in first a new business make the best profit.

… But what does offer the metaverse to those brands? How that platform is about to change the way people interact with each other? What strategies have been already implemented by some companies in order to attract their customers to the metaverse? And about all, how effective have been their metaverse campaigns? Stay tuned to know more about it!

Metaverse campaign: what we’re talking about 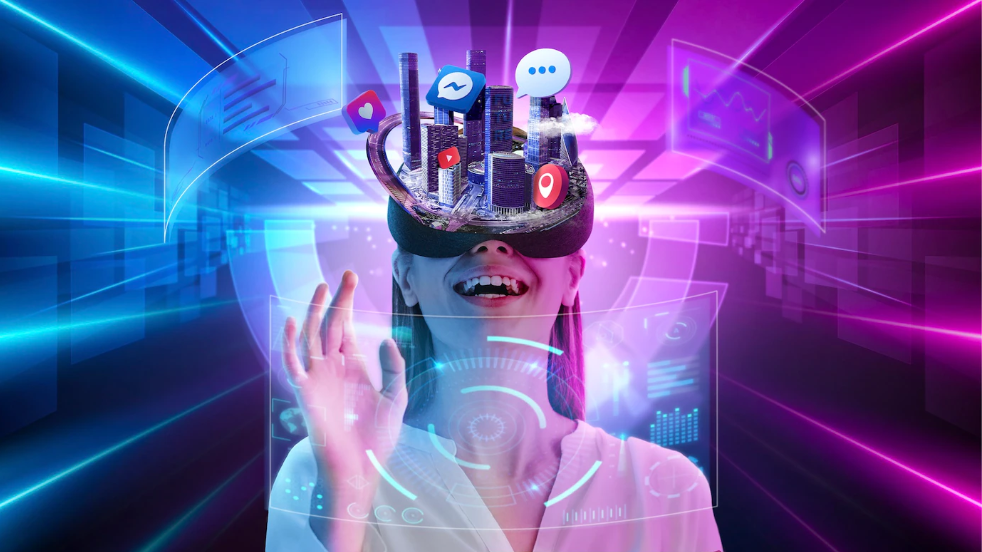 Nowadays the metaverse is defined as an experiential, personal, and dynamic place in which converge virtual reality, augmented reality, the internet of things, and blockchain in order to provide an immersive experience.

In the metaverse, people from all over the world, through their avatars, can communicate with each other, attend to different activities like concerts and showrooms, play games and go shopping, among others.

What started in a first instance as a place for having fun, was then recognized as a great opportunity to do business. In 2021, the total value of the metaverse was calculated in more than $ 40 billion. And the main way to do trading in the metaverse is through a non-fungible token (NFT).

The NFT can be a unique digital representation of a real-world object, such as a bottle of water, an accessory, a sneaker, but also a tweet (sold by Jack Dorsey) or even a digital collection of NBA Top Shot. And its price may vary according to the market.

Now let’s talk about some companies that so far have made a name in the metaverse.

In the beginning, the game Second Life was the first platform to be described as a metaverse since it combined social media, a three-dimensional world and an avatar. After this one, more games followed this trend of having these three aspects, such as Fortnite, Minecraft and World of Warcraft.

But the game changer was Roblox, a platform specialized in game creation founded in 2006. The company is nowadays considered the stepping-stone for many gaming worlds and is the responsible for creating Nikeland (Nike’s metaverse), Vans’ World (a skate game based on Vans clothing and skating style), Gucci garden (a Gucci exhibition regarding their 100th anniversary), and Pacworld (a mall-themed game).

In the other hand, Meta launched another game creation platform named Horizon Worlds, which host Wendy’s first restaurant in the metaverse and its world: the Wendyverse. According to its page (wendyverse.com) you can have 10 pc of nugget for free by downloading the Wendy’s App.

The Sand Box and Decentraland are others examples of companies that have dove in the metaverse. In their cases, they created their own worlds in which gamers can make genuine creations and sell them as NFT within these very worlds.

Alright, but how did these and another brands catch the attention in the metaverse?

Having understood what the metaverse is and knowing more about the most important platform in it, let’s see how companies struggle themselves for creating new campaigns to skyrocket their brands.

What comes next is a top 10 of the best marketing metaverse campaign so far.

This is a very interesting metaverse campaign. In 2021, Coca-Cola dove in the world of Non-Fungible Token by presenting a collection of four multi-sensory, friendship-inspired NFT that was presented in an online auction which fetched $ 575 thousand in only 72 hours. The money collected from it was detonated to charity. This brand auctioned on International Friendship Day.

To celebrate its 100th anniversary, Gucci placed in 2021 two simultaneous exhibitions: one was held at Florence, Italy; the other took place in a virtual garden accessible only via Roblox platform. During the virtual exhibition, luxury digital clothing was offered for a short period of time and the outcome from this was that a particular bag was bought and then re-sold at $4 115, $ 715 more expensive than its physical pair.

In order to steal the attention, this brand exploited a weakness from Durr Burger, an imaginary fast food restaurant created in Fortnite.

In this game there were two big food fighters: burgers (Durr Burger) vs. pizza (Pizza Pit). The customary was that players from one restaurant fought against the other. But watching that Durr Burger kept its beef in freezers, Wendy decided to design and drop into FortNite a representation of its iconic doll. And instead of killing other players, it destroyed all Durr Burger’s freezers to resemble its “fresh, never frozen beef”. The game play was watched on Twitch and the mention of the brand was increased in 119% on social media.

This brand is one of the first automotive industry to step in the metaverse. They released a game base on Roblox platform named Hyundai Mobility Adventure. With this game, Hyundai introduce a new concept to the metaverse: metamobility, which will promote travels and movement by bringing together virtual reality and the real world.

This fashion brand was the first one to dive in this popular game platform FortNite, developed by Epic Games. It provided them a unique marketing opportunity for selling NFT, virtual clothing, skins, and accessories.

Besides having created along Roblox Nikeland, what makes Nike worthy of mention in this top is that acquisition of RTFKT, which was thought to lead digital artifact creations in the metaverse. RTFKT are quite well-known for its unique NFT, Virtual Sneakers, and collectibles, among others. Their products lead the virtual fashion and gaming world.

In 2021 this brand hosted a virtual party on Roblox to foster the film “In the Heights”. Warner Bros. Picture brought the characteristic culture of this neighborhood to Roblox metaverse and at the same time invited virtual visitors to enjoy others activities regarding that part of Brooklyn.

In order to celebrate 25 years of Pokemon, these two brands teamed up to launch Electric/City, an immersive virtual city inspired on the most fashionable cities of the world, where visitors can explore and buy unique virtual garments as well as physical. This exclusive clothing was designed to be wear using body-tracking augmented reality snapchat lens or a customizable digital AR avatar to more than 300 other virtual platforms.

To promote its products, this scotch brand took scanned pictures of buildings from Spain, Ukraine, and USA and then made them have cans like shape using CGI. Then put them all together to generate a 3d new city. The outcome was a video that was planned to be played in a big house. They pretend to use it as the basement of a new metaverse to come.

As you can see, the number and variety of brands that have jumped into the metaverse is increasing everyday. Don’t stay outside this new way of make business!

Here at Stringnet we count on an expert team that will provide you with the expertise and guidance you need to succeed in this new journey to build am spectacular metaverse campaing.