To create good BTL Marketing activations for our brands, it is necessary to learn from campaigns that have already achieved results. Far from copying from them, reviewing campaigns from other sectors allows us to gain inspiration, enrich and spark ideas, as well as gain new perspectives on creativity and strategy. All of this contributes to thinking outside the box and making a big impact on customers. Throughout this post, we will see examples of successful BTL (Below the line) campaigns.

What is a BTL campaign? 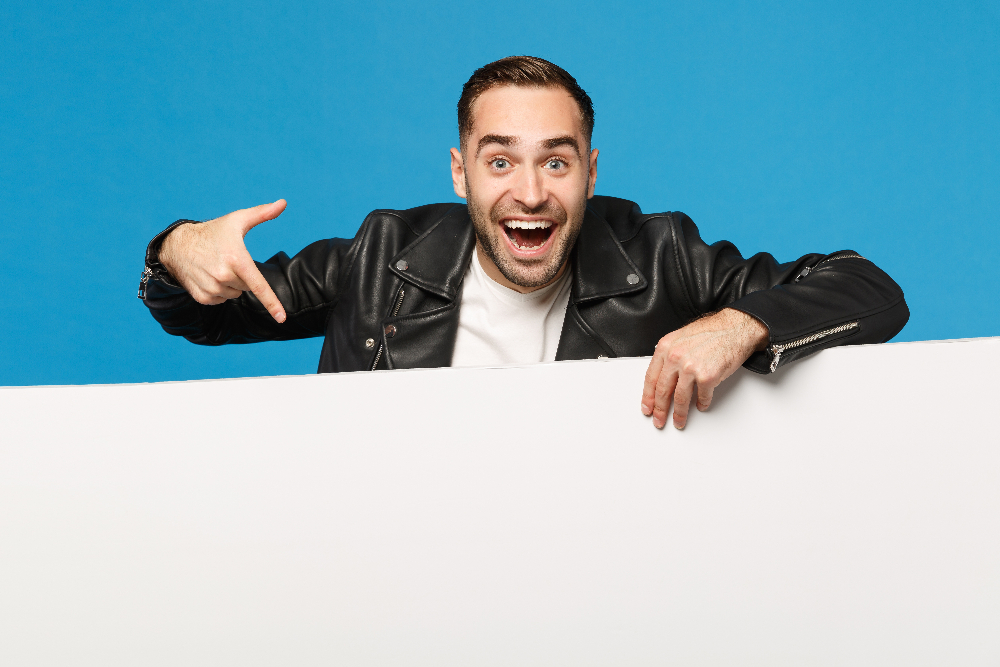 Brand activations have the ability to adapt to any brand, regardless of its size or investment capacity, and still provide satisfactory results. But what is a BTL campaign? BTL stands for “Below The Line”, which refers to carrying out communication strategies in non-mass media, that is, in spaces such as a supermarket, an avenue, a shopping mall, among others.

You have probably participated in one or many of these campaigns without being aware of what it was called. Their main objective is to speak face to face, in situ, to a target audience. It is not really a new strategy, however it has adapted over time and it is increasingly common to implement it in digital platforms or multiplatform combinations, to reach a wider audience.

What are BTL activations?

When we talk about BTL activations we refer to the actions that brands perform either in a physical space or on a digital platform. Its main feature is the interaction with the consumer, the intention is to develop a scenario where the consumer can interact with the brand and its products directly.

The intention? To develop a bidirectional strategy, where the customer gets information and valuable experiences, while the brand can test live and direct how profitable its product can be in a real purchase scenario. In this way, with the necessary data collection, a consumer profile can be created and the necessary adjustments can be made to guarantee the success of a launch. 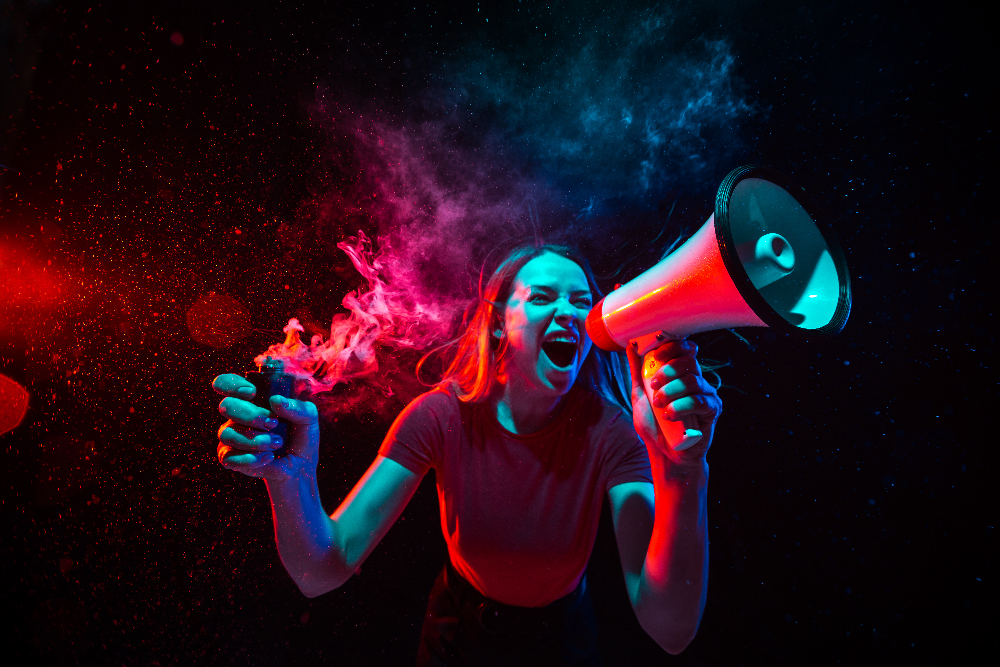 If you are still wondering how to identify a BTL advertising campaign, these are some of its most important characteristics:

It is not necessary to invest too much money

BTL advertising has the ability to adapt to any budget, since the brand’s efforts must be directed to a specific number of potential consumers. Taking this into account, the strategy can be larger or smaller, focused on the audience to be reached.

One of the most outstanding characteristics of BTL campaigns is their innovative nature, their ability to attract attention and entice the consumer to interact with the brand.

One of the main objectives of this type of campaign is feedback, both consumers get a benefit such as a free sample, a different and enriching experience, and the brand receives information from consumers, buying habits, interests, and more.

How do BTL campaigns work?

BTL campaigns tend to have high standards of effectiveness, essentially because they communicate your message on a much more personal level. In this way it is able to immerse the consumer in the brand experience, interacting with the brand, measuring how profitable its products can be without feeling that they are watching a boring commercial, or that their privacy is being invaded.

In this way a connection is achieved on another level, through this type of strategy the brand can get into the consumer’s unconscious and make them relive again and again that pleasant experience every time they think or see the product in a store. This in turn drives the desired purchase.

Many of the activations on the list will give you valuable lessons in creativity, experience, and some of them will show you how to combine narrative with technological resources to provoke a positive response from your target. This is our selection of the finest BTL Marketing campaings:

Can you imagine seeing your own shadow turned into an endearing Disney person?

In order to publicize its new “Disney Side” promotional BTL Marketing campaign carried out in Disney World Resort theme parks, a curious activation was organized, where thousands of people in a shopping center watched as their shadows were transformed into charismatic characters like Mickey, Donald, Buzz Lightyear, among other cartoons.

Through a screen mounted on one wall, passersby watched as his silhouette took the form of beloved Disney characters.

The shadows mimic human interactions and gestures in real time. Both adults and children had a pleasant and fun experience.

At the end of the shadow experience, the characters’ bodies came out of the screen to live with the attendees, taking pictures and generating more empathy.

National Geographic used Augmented Reality as a technological resource, in an amazing and creative BTL Marketing campaign in the United Kingdom.

Thanks to this technology, the organization managed to get thousands of people to “touch” wild animals, dinosaurs and even walk alongside an astronaut.

This activation shows us that technology helps us generate memorable experiences for attendees, leading them to be protagonists of scenarios that they would have thought impossible.

McDonalds removed the ice from its soft drinks to give them a new use: to create an ice sculpture with the emblematic “M” of its logo but with coins inside.

The campaign, which took place in Canada, was based on having passersby destroy the sculpture to obtain the coins.

Everyone who passed by joined forces to break the 8,000-pound ice sculpture. The objective was to promote its new Dollar Drink Days, a new drink from the fast-food chain that was sold at McDonald’s in Vancouver.

The day Coca-Cola decided to change its logo for the name of its customers in 2011, the world of advertising was never the same.

Something as simple as customizing your beverage containers with people’s names gives us a valuable lesson that we must have tattooed on our minds as BTL marketing organizers: put the customer at the center of the experience.

Buying a Coca-Cola was no longer a matter of refreshing yourself with its flavor, it became a constant search by people to find a bottle with their names.

If people couldn’t find a bottle with their name on it, they weren’t in shopping centers or supermarkets, they had the possibility of personalizing it in distribution centers.

To date, it is one of Coca-Cola’s most successful BTL campaigns, being remembered worldwide for its fury and impact. This activation reinforced the connection that the soft drink already had with its fans and encouraged people who had not even consumed it to start doing so. Making your audience feel special will always be a successful strategy!

When augmented reality glasses hit the market, many people were curious to know what this Google device consisted of. So, the most famous search engine in the world decided to create Project Glass, a BTL campaign that allowed people to spend a whole day with the new device.

In the video we can accompany the user during their daily routine, appreciating messages and superimposed map route functions, messages and reminders, typical of augmented reality that consists of including virtual elements in real environments.

The video of this successful BTL campaign has accumulated more than 22 million views since its premiere in 2012.

Augmented Reality has been implemented by a variety of brands for their BTL campaigns due to its disruptive, exciting and magical nature.

The app-based taxi service Uber used this technology to take people on a fascinating journey of interacting with wild animals inside a Zurich station.

People were able to virtually pet and take photos with wild animals such as towering elephants, leaping kangaroos and majestic tigers through an Augmented Reality screen. Uber does take us to any destination!

Differences between ATL and BTL campaigns

Although BTL campaigns can be so innovative and easy to identify, the truth is that they are often confused with ATL actions. But their differences are quite clear and here are some of them:

Traditionally, the BTL campaign is aimed at a well-defined audience, even going to where this audience is. In the case of ATL advertising, it seeks to reach a mass audience through less precise formats such as TV, radio, billboards and more.

BTL campaigns have been evolving in recent years, using mass consumption media such as social networks. Although this helps to create confusion, the truth is that its interactive character differentiates it from ATL actions that are carried out through TV, Radio, print media, sms, etc.

The budget of BTL campaigns can be adapted to the capacity of any brand, while ATL campaigns in traditional media are usually much more expensive and far from the reach of small companies.

BTL actions are developed in controlled spaces, where each step of the consumers has been previously thought to take them to a specific point in order to obtain a purchase, build loyalty, or simply offer information. Something that is impossible to follow in media such as TV or radio, where ATL campaigns are executed.

Here are some of the most important advantages of BTL campaigns:

At Stringnet we combine technology with creativity to bring BTL marketing campaigns, events and launches to life. This way you can attract, surprise and retain your audience, making your target associate your brand with an unforgettable experience.

We create fantastic worlds with virtual reality and adapt it to the marketing and message of your company.

We design ultra-realistic experiences with augmented reality to surprise your audience.

We entertain and amuse your attendees with a wide range of interactive games with your brand logo.

We decorate and create dreamy atmospheres thanks to Videomapping.