At Stringnet we managed to bring new technologies and mining activity to meet face to face during the thirty-fifth edition of Perumin. This is the most important mining event in Latin America which returned after a three-year pause to open its doors in Arequipa, Peru, for national and international guests.

In total, the event expects to receive more than 50 thousand attendees during the five-day program. A valuable opportunity to demonstrate the impact of mining and how present is in our days, otherwise how would computers, cell phones and other products that depend on the commodities that come from the mining activity reach homes and offices?

In a fun, interactive and playful way, the attendees at Perumin Mina Virtual Stringnet, mostly children and teenagers, were able to go on a virtual tour of mining projects through technology that allowed us to show mining processes much more closely, introducing them to an enriching experience from an experiential and sensory point of view.

To make more digestible and interactive the understanding of the mining activity and its close relationship with the current technological market. Stringnet set the challenge of creating a virtual mine. In this creative and multiplatform environment, the objective was to show all the stages that must be fulfilled to find minerals, which are: 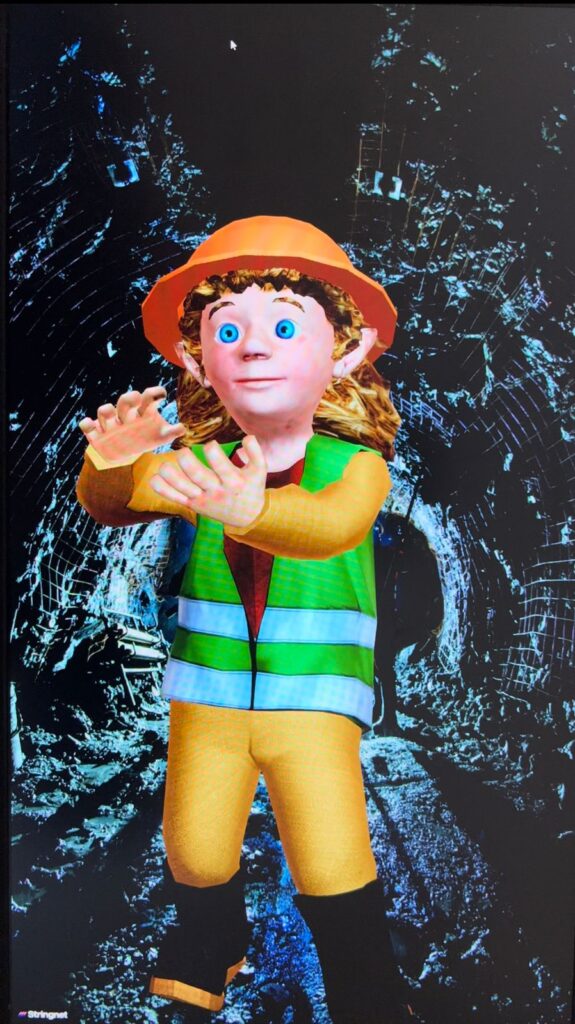 Users who enter this immersive experience are welcomed by a virtual animator in the form of a muki, a goblin from the Andean mythology of Peru who is characterized as a miner.  In this case he is far from the legend, which places him as a character who plays jokes and hides the miners’ tools. Our muki Stringnet is friendly, helpful and interacts in real time with the attendees making their experience complete in their visit to the virtual mine.

During the activity, attendees took notes, took pictures, and videos with their cell phones and were able to ask questions and clarify their concerns regarding this important and interesting mining topic. 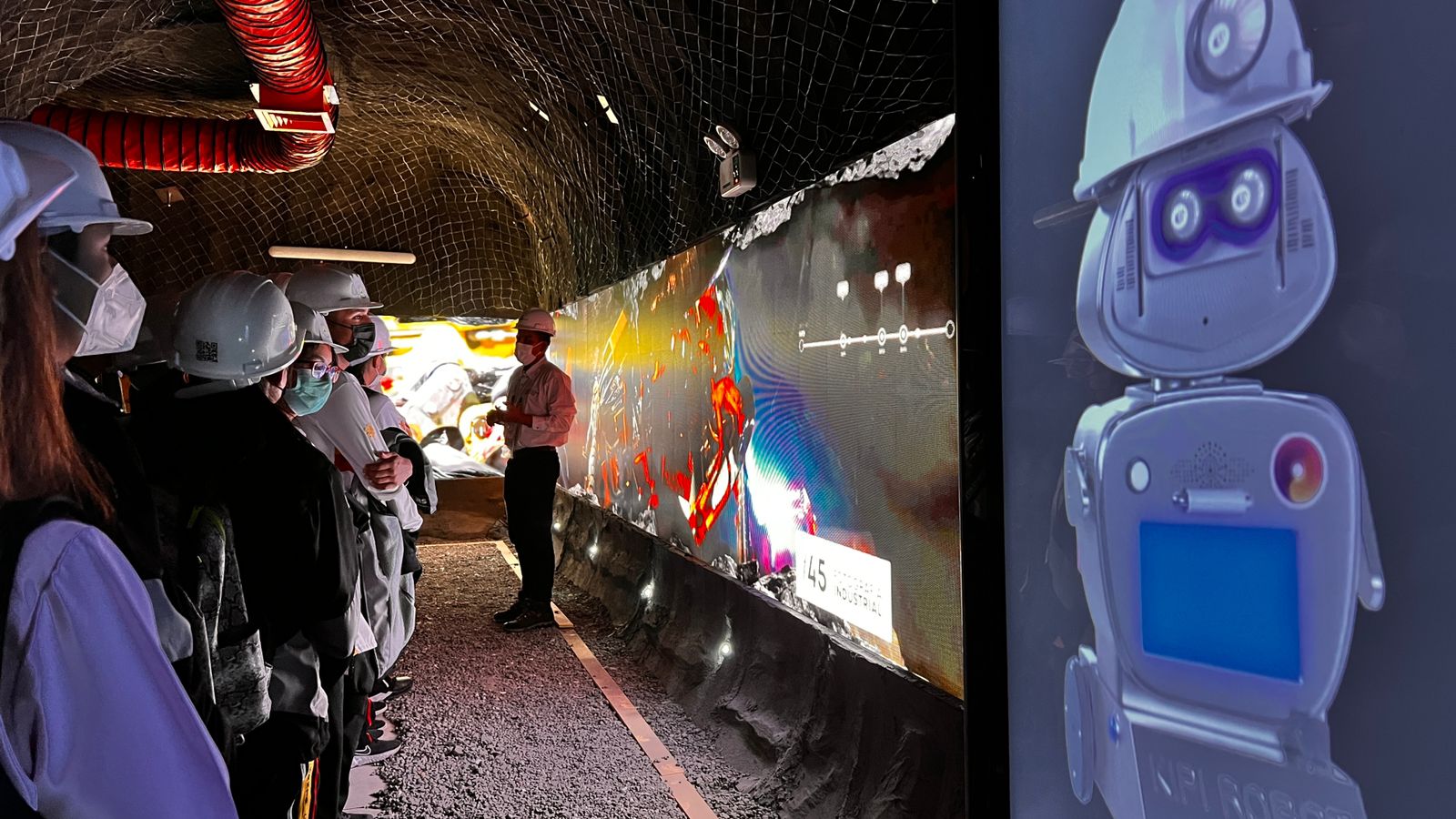 Technology as an educational/learning resource made it easier to explain each process related to the environment, habitat and people living in these mining areas.

Throughout the interactive tour, explorers find different technology tools such as touch screens. Besides simplifying the information, the objective of this tool was to promote audience participation, making the experience much more immersive.

This is how the touch screens functioned as a support that allowed the guides inside the virtual mine to reinforce the knowledge and clarify doubts among the participants by asking questions and trivia about everything explained. 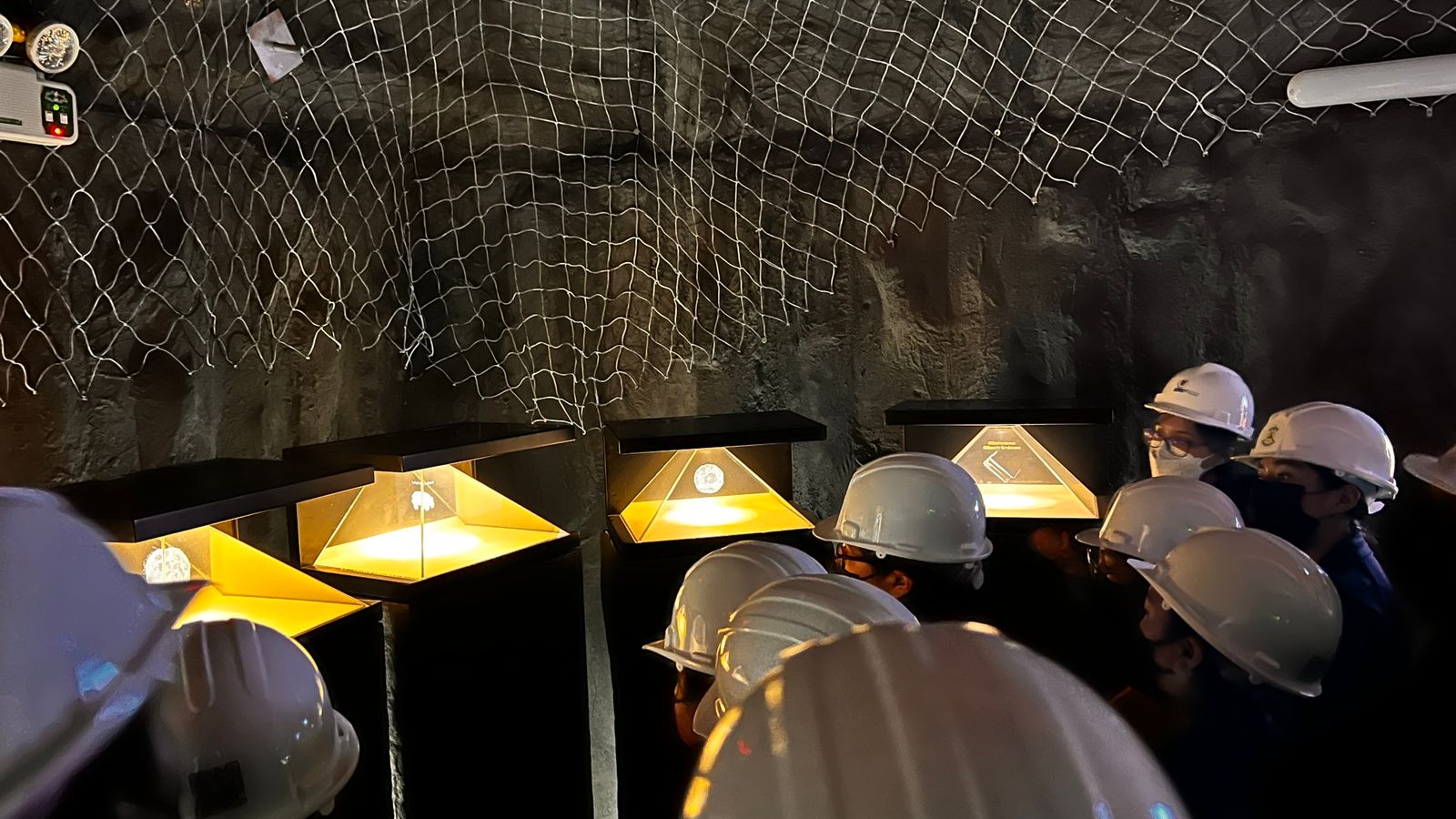 The technology together with mythological stories full of culture, beliefs and folklore about a character known as “Muki” gave a magic and mystery touch to the event. The attendees were able to visualize a goblin that lives in those mining areas. According to legend, depending on the visitor’s intentions (whether he is good or bad), the globin disappears visitors, their belongings or work tools. With this activity, they were also able to address important values such as respect for nature, its inhabitants and the environment that surrounds us.

LED screens were also implemented, so that the visitors could perceive a more dynamic event, with graphics and videos, to show the details of the mining activity, leaving aside the classic and repetitive presentations.

In that sense, the experiences that could be shown through the LED screens included exploration, drilling, blasting and hauling. An entire cycle of information that tried to be made more digestible through the screen that was gradually being explained by the guides following the tour. 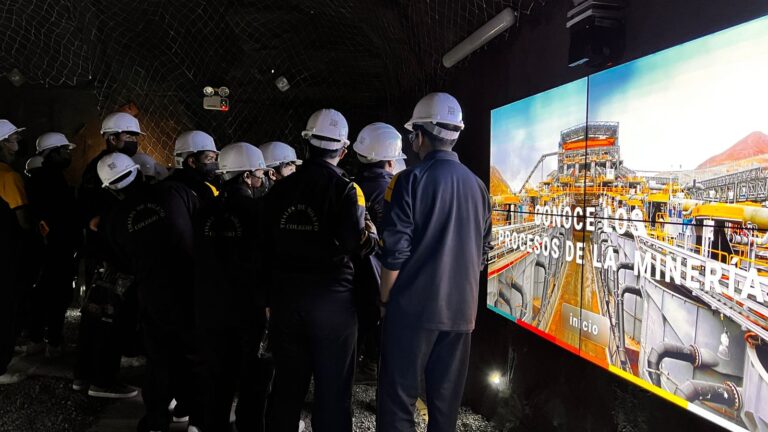 Even the floor through which users walk is equipped with the technology to show the mining processes. The tour has an interactive floor showing the pit and the different types of minerals so that the public can get an idea of what it is like to work in a real mine.

The interactive floor captured the attention of visitors to the Perumin Virtual Mine Stringnet, thanks to its realistic movements and effects, they were able to experience what it feels like to be inside a real mine.

In addition to all this technology, prism holograms were implemented, which functioned as tools to show in detail the different mineral products obtained from the mining activity, such as gold, lead, zinc, silver, and their characteristics.

During their visit, attendees were able to enjoy with a bit of amazement and curiosity these holographic animations that described the mineral wealth extracted in the mines.

At each stage of this interactive journey, visitors were surprised with the diversity of technological attractions as education and learning tool about the fascinating world of mining, not only as an important part of the economy that drives the country but also to learn about the processes, the diversity of minerals that exist in our lands, the work that mining generates and the importance of preserving the environment, respecting diversity, ecology, habitat and the people who live in these areas.